As a teen, you are faced with a lot of pressures to try new things – some of which are good and others, not so much. Underage drinking, or drinking before you reach the legal age of 21, can be a real dangerous problem. Failure to understand the consequences of drinking can have deadly results and literally ruin the rest of your life.

What is Underage Drinking?

As noted above, this is any type of alcohol consumption that occurs before the age of 21 years. There are a number of reasons that this is a bad idea, and first and foremost is that it is illegal and dangerous.

Other dangers of underage drinking include:

Pre-teens and teens face a number of temptations and alcohol consumption is first and foremost among them. While it can be tempting to join the crowd or be “cool,” your life can forever be negatively impacted by such a decision.

Our brains are still developing as teens and alcohol can retard and otherwise impair brain functioning. We only get one brain and it seems like a really bad idea to knowingly put our future at risk so early.

In addition to this, it can be incredibly dangerous. Drinking and driving is a major issue when it comes to underage drinking. We often don’t know when enough is enough and so alcohol poisoning is a real risk. You can die from alcohol poisoning and it can happen with less alcohol than you might think.

We are at risk for a lot of different injuries under the influence of alcohol. The obvious legal dangers of getting caught drinking underage are just one of the concerns that this raises. We are clumsier when we are under the influence. We have impaired judgment and an inability to effectively control our bodily functions. It can also make us more likely to engage in risky sexual behaviors, which can lead to teen pregnancy or STDs.

There is also often a very good chance that you will be offered prescription drugs by friends at a party or other social event. It is wrong to think that because these are prescribed by a doctor that this somehow makes it safe. These drugs are prescribed for very specific reasons and their use is tightly watched by doctors to ensure that they do not hurt the person taking them.

Prescription drugs can be incredibly dangerous, dangers include:

This is not even close to an exhaustive list of the dangers of using prescription drugs recreationally.

Talk to your parents and your friends about how to say no and stay safe. Saying no doesn’t make you “uncool”, it makes you smart and shows that you are concerned about your future – you care that you have a high quality life. The consequences of underage drinking and prescription drug abuse can be deadly and life changing – don’t take the risk. It isn’t worth your future or your life. 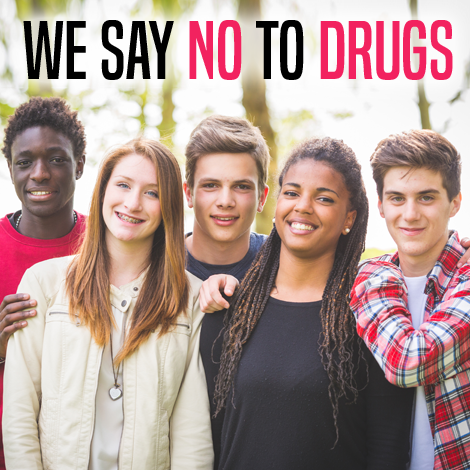